skip to main | skip to sidebar

"A while ago, I was at a restaurant with my mother, and she fancied the waiter's hands. She said to me, ''I worry that I will never be touched again, except by the undertaker.'' I kept thinking about that, how, as you get older, age and time become more and more interesting. The idea for ''The Mother'' involves sex of a scandalous nature, and I realized that would be a good starting point. But it was the undressing of her dignity that moved me."
Hanif Kureishi, film maker 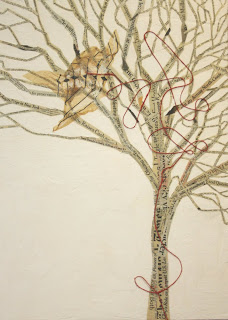 "Otherwise, all I remember of the denizens of the Nocturama is that several of them had strikingly large eyes, and the fixed inquiring gaze found in certain painters and philosophers who seek to penetrate the darkness which surrounds us purely by means of looking and thinking."
from Austerlitz by W.G. Sebald 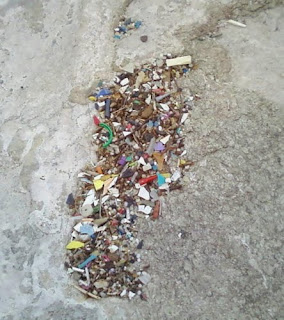 the sea grinds everything back to pebbles

THE WORDS: snippets i've read, overheard, or realized- each one adding another facet to my understanding of life

THE IMAGES: snapshots or my collage paintings on wood panel, these are an ongoing response to things i see and feel, they involve layers, erosion, and chance and allow for more spontaneity than my large sculptural works.

click on the image and you get a giant detailed version.
if you want to view all the images alone, click on 'image' in the list of keywords below.
Thanks for looking and thinking...