skip to main | skip to sidebar

"Time isn't made of anything. It is an abstraction. Just a meaning that we impose upon motion."
from The Autobiography of Red by Anne Carson 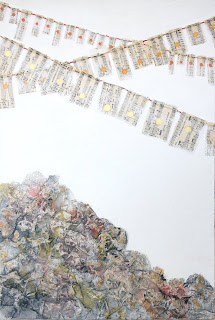 prayers
24x16"
now in the collection of Teresa Indjein

"Do you have the patience to wait until your mud settles and the water is clear?"
— Laozi from the Tao Te Ching 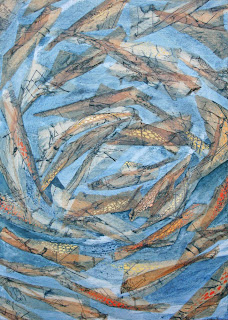 "The two most powerful warriors are patience and time."
Leo Tolstoy

"Every great dream begins with a dreamer. Always remember, you have within you the strength, the patience, and the passion to reach for the stars to change the world."
Harriet Tubman

"...a certain fundamental opacity of human being, which likes to show the truth by allowing it to be seen hiding."
Anne Carson

"I do not want to die, even if Hans and Karl should die. I do not want to go until I have faithfully made the most of my talent and cultivated the seed that was placed in me until the last twig has grown.... since I am to be the cultivator, I want to serve it faithfully. Since recognizing that, I am almost serene and much firmer in spirit. It is not only that I am permitted to finish my work - I am obliged to finish it. This seems to be the meaning of all the gabble about culture. Culture arises only when the individual fulfills his cycle of obligations. If everyone recognizes and fulfills his cycle of obligations, genuineness emerges. The culture of a whole nation can in the final analysis be built upon nothing else but this."
from the Diary and Letters of Kaethe Kollwitz 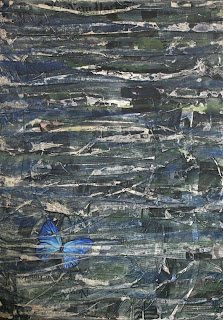 deep blue
16x22"
in the collection of Jonathan Palevsky, Baltimore

from an article in The New York Times about the sex abuse cases of Bishop Vangheluwe and Roman Polanski:

"....If this is in part a morality tale — permissiveness corrodes virtue, illicit urges undermine restraint — is morality itself a relative concept?

That question seemed likely to be asked more searchingly this week after the Vatican issued new rules about the handling of priestly abuse, listing pedophilia in a catalog of other supposed grave crimes including “the attempted ordination of women.”

“What I did, supporting the ordination of women, they saw as a serious crime,” said the Rev. Roy Bourgeois, an American priest excommunicated less than two months after he participated in a ceremony ordaining women. “But priests who were abusing children, they did not see as a crime. What does that say?”...."

THE WORDS: snippets i've read, overheard, or realized- each one adding another facet to my understanding of life

THE IMAGES: snapshots or my collage paintings on wood panel, these are an ongoing response to things i see and feel, they involve layers, erosion, and chance and allow for more spontaneity than my large sculptural works.

click on the image and you get a giant detailed version.
if you want to view all the images alone, click on 'image' in the list of keywords below.
Thanks for looking and thinking...